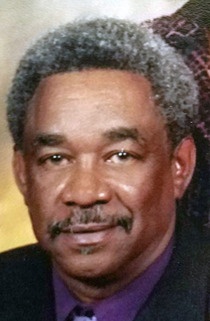 A Mass of Christian Burial will be held at 10:00 am on Saturday, February 4, 2017 at the Immaculate Heart of Mary Catholic Church for Wallace Anderson Jr., 70, who passed away January 28, 2017 at his residence. Lectors will be Ursula Anderson, Brittany Roy and Kiara Broussard; gift bearers, Many Ann Senegal and Raymond Senegal. Interment will follow the mass in the Immaculate Heart of Mary Cemetery.
Survivors include his wife, Audrey W. Anderson of Lafayette; four daughters, Monique (Terrance) Senegal of Lafayette, Pamela (Arthur) Roy of Lafayette, Shelia Williams of Spring, Tex. and Allison Taylor of Lafayette; two sons, Thomas (Mardessa) Poydras of Crowley and Ted Anderson of Lafayette; three sisters, Theresa (Alvin) George of Lafayette, Mathilda (Bryan) Espree of Lafayette and Roxanne Anderson of Lafayette; two brothers, Rickey Anderson of Lafayette and Walter Anderson of Lafayette; fifteen grandchildren and thirteen great grandchildren.
He was preceded in death by his parents, the former Theresa Paul and Wallace Paul Anderson Sr.; and two brothers, Kenneth and Eugene Anderson.
Wallace was a native of Lafayette and resident of Lafayette for all his life. He loved to fish, especially for bass.
Pallbearers will be Ted Anderson, Walter Anderson, Terrance Senegal, Troy Wells, Kenneth George, Keith George, and Gerald LeBlanc. Honorary pallbearers include Ian Morgan, Arthur Roy, and Donvante Poydras.
The family requests that visitation be held Friday, February 3, 2017 from 4:00 - 9:00 pm, and resume Saturday morning at 7 am until time of service. A rosary will be prayed at 7:00 pm Friday evening at Walters Funeral Home.
Memorial contributions can be made in Wallace's name to Heart of Hospice, 201 W. Vermilion Ste. 200, Lafayette, LA 70501.

To order memorial trees or send flowers to the family in memory of Wallace Anderson, Jr., please visit our flower store.