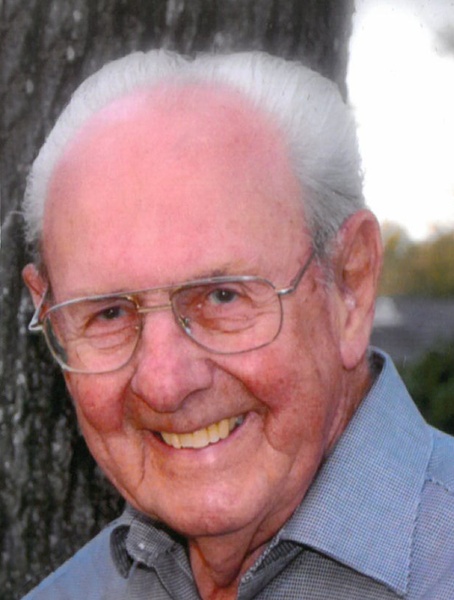 A Memorial Mass will be held Monday, March 19, 2018 at 2:00 pm in the Sunrise Chapel at Walters Funeral Home for Warren "Joe" Breaux Sr., 91, who passed away March 15, 2018 at the Southwest Louisiana War Veterans Home in Jennings, La. Father Russell Harrington, pastor of St. John Berchmans Church, will be the Celebrant of the funeral mass and will conduct the funeral services. Lectors will be Shannon Robertson and Emma Breaux; gift bearers, Isabella Myers and Eli Gerard. Private inurnment services will take place in Calvary Cemetery at a later date.
Survivors include three daughters and their husbands, Debbie and PeeWee Gerard of Carencro, Linda and Keith Myers Sr. of Lafayette, and Lisa and Ken Seaux of Houston; one son, Joey and his wife Nikki Breaux of Fayetteville, Ark.; one sister, Dot and her husband Larry Dautrieve of New Iberia; twelve grandchildren; ten great-grandchildren; and his good friend Dot Guidry.
He was preceded in death by his wife Thelma Arceneaux Breaux; his parents Estelle and Dassas Breaux; four brothers, Alex Jr., P. J., Jessie, and Allen Breaux; and four sisters, Irene Foti, Rose St. Martin, Lena Jackson, and Arlette Peloquin.
Joe was born in Loreauville and lived in Lafayette for most of his life. He served in the United States Army during World War II in the Pacific Theater. His passions were dove hunting and photography. He worked alongside his brother Allen at the Allen Breaux Photography Studio for many years. Throughout his life he was also employed by the A&B Valve Co. and The Loma Company.
The family requests that visitation be held Monday morning from 10:00 am until time of service. A rosary will be prayed at 12:30 pm in the chapel.
Words of condolence may be expressed online at www.waltersfh.com.
Walters Funeral Home, 2424 N. University Ave., Lafayette, LA 70507; 337.706.8941 is in charge of arrangements.

To order memorial trees or send flowers to the family in memory of Warren "Joe" Breaux Sr., please visit our flower store.