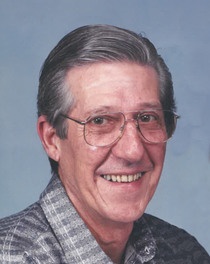 A Mass of Christian Burial will be held on Wednesday, June 8, 2016 at 10 am in the Sunrise Chapel at Walters Funeral Home for Werlyn Simon, 76, who passed away peacefully at his home on Saturday, June 4, 2016. Father Gary Schexnayder of St. Elizabeth Seton Church will officiate the services. Interment will be held in Greenlawn Memorial Gardens.

He was preceded in death by his wife, Glenda Mouton Simon; one son, Toby Jude Simon; one daughter, Celeste Marie Simon;  and his parents, Alcide Simon and Elta “Teta” Mattieu Simon.

Werlyn served his country in the United States Army, and was a long time employee of Sears, until his retirement.

The family would like to extend special thanks to the staff of Lafayette General Medical Center and Hospice of Acadiana for their great care.

To order memorial trees or send flowers to the family in memory of Werlyn Simon, please visit our flower store.