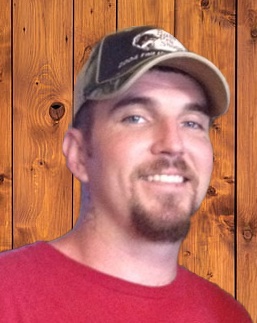 A Mass of Christian Burial will be held Monday, June 28, 2021 at 2:00 pm in the Sunrise Chapel at Walters Funeral Home for Wesley Ray Rigsby, 32, who passed away on June 23, 2021 in Monroe, La.
Father Michael Arnaud will be the celebrant of the funeral mass and will conduct the funeral services. Avia Andrepont and Chuck Aberly will be the lectors, and Jodi Bollich will provide the musical selections. Interment will follow mass in Lafayette Memorial Park.
Survivors include his father, John Wesley Rigsby and his wife Pam; brother, John Tyler "J.T." Rigsby; step-siblings, Shawn Kelly and Lindsey Kelly; paternal grandparents, Kenneth and Martha Rigsby; niece, Eden Grace Rigsby; and one aunt, Melissa Sias.
He was preceded in death by his maternal grandparents, Wanda Beaugh and Hilton Hurst; and one step-brother, Jordan Kelly.
Wesley was a native of Lafayette and current resident of Monroe, La. He graduated from the Youth Challenge Program and joined the United States Air Force shortly thereafter. He was currently working construction in Monroe and had plans to attend barber school.
Wesley was talented in artwork and body art. He enjoyed sports, especially soccer, where he was coached by his dad.
Pallbearers will be J.T. Rigsby, Tim Bourque, Chuck Aberly, Charley Andrepont, Herman Rosette, and Keith Fontenot. Honorary pallbearer is his grandfather, Kenneth Rigsby.
The family requests that visitation be held Monday, June 28, 2021, from 10:00 am until time of service. A rosary will be led by Wesley's grandmother's Opelousas rosary group on Monday morning at 11:30 am.
Words of condolence may be expressed to the family online at www.waltersfh.com.
Walters Funeral Home, 2424 N. University Ave., Lafayette, LA 70507; 337.706.8941 is in charge of arrangements.

To order memorial trees or send flowers to the family in memory of Wesley Rigsby, please visit our flower store.