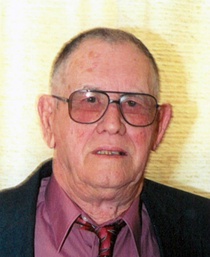 Memorial services will be held Saturday, November 22, 2014 at 11:00 am in the Sunrise Chapel at Walters Funeral Home for Whitney Latiolais Jr., 84, who passed away November 16, 2014. Deacon Marcel "Butch" Hebert will officiate the services.
Survivors include wife, Jeannette T. Latiolais of Lafayette; two daughters, Gwen Jensen (Rene) of Lafayette and Michelle Broussard (Carl) of Breaux Bridge; one sister, Gloria Perdue of El Dorado, Ark.; four grandchildren, Byron, Kyle, Brett and Kristen Jensen; three step great-grandchildren, Stacy Broussard, Aaron Reaux, and Shayna Reaux; and three step great great-grandchildren, Emma Verret, Madison Verret and Dominic Freyou.
He was preceded in death by his parents, Whitney and Noelie Latiolais, and one sister, Dorothy Pitre.
Whitney was a native of Arnaudville and resident of Lafayette for 62 years. He served in the United States Army during the Korean Conflict. He was a member of the Monsignor Teurlings Council 3202 Knights of Columbus, Bishop Dubourg Assembly 315 Fourth Degree Knight, and the Sheet Metal Workers Association. In his free time, he enjoyed camping with family and friends.
The family requests that visitation be held Saturday morning at 9:00 am and continue until services. A rosary will be led by members of the Knights of Columbus at 10:30 am.

To order memorial trees or send flowers to the family in memory of Whitney Latiolais, Jr., please visit our flower store.