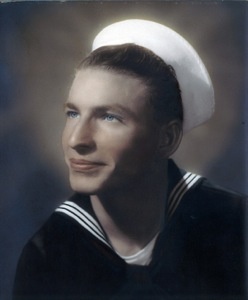 A Mass of Christian Burial will be held on Thursday, May 31, 2012, 10:00 am in the Sunrise Chapel at Walters Funeral Home for Wilbert C. Castille, 74, who passed away on May 28, 2012. Father Thomas Habetz, associate pastor of St. Genevieve Catholic Church will officiate the mass and conduct the funeral services. Jodi Bollich, organist and soloist, will perform "Here I Am, Lord", "Amazing Grace", "In The Garden", and "Prayer of St. Francis". Interment will follow in Calvary Cemetery.
He is survived by his wife, Helen Mae Gaudet Castille of Lafayette; three sons, John Nathan Castille of Lafayette, David Charles Castille, Sr. and his wife Regina of Broussard, and Daniel James Castille, Sr. and his wife Pamela of Lafayette; one sister, Esther Castille of Carencro; five grandchildren, Christopher, Nichole, David Jr. Danielle, and Daniel Castille, Jr.; and one great-grandson, Dorean Landry. He was proceeded in death by his parents, Marie and Florent Castille.
A native and resident of Lafayette for his entire life, Wilbert worked at P.I. E. Truck Lines. He was a Navy veteran and member of the Teamsters.
Pallbearers will be his three sons, John, David and Daniel; two grandsons, David Jr. and Daniel Jr.; and Florent Castille, III. Honorary pallbearers will be James Duhon and George Hawk.
The family requests that visitation be held Wednesday, May 30, 2012 from 9:00 am - 10:00 pm, and reopen Thursday at 8:00 am until time of service. A rosary will be led by Jay Bergeron at 6:30 pm on Wednesday evening.
View the obituary and sign the guestbook at waltersfh.com.
Walters Funeral Home, 2424 N. University Ave., Lafayette, LA 70507; 706-8941 is in charge of arrangements.

To order memorial trees or send flowers to the family in memory of Wilbert Castille, please visit our flower store.