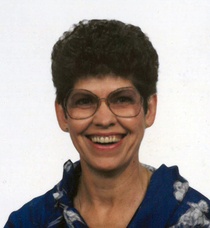 A Mass of Christian Burial will be held Wednesday, December 10, 2014 at 12:00 pm in the Sunrise Chapel at Walters Funeral Home for Wilda "Willie" Huval, the former Wilda Venable, who passed away December 6, 2014 at the residence of her son. She was 72 years old.

The Rev. Gary Schexnayder, pastor of St. Elizabeth Seton Catholic Church will be the Celebrant of the funeral Mass and will conduct the graveside services. Organist and soloist will be Jodi Bollich. Musical selections include "Amazing Grace"; "On Eagles Wings"; "How Great Thou Art" and "Psalm 23". At the time of her intombment in Calvary Mausoleum, taps will be played by her grandson, James Huval.

Survivors include her two sons; Joey Huval and his wife, Debbie, of Breaux Bridge and Jamie Huval and his wife, Lee Anne of Rayne; one brother, Joseph Venable of Stephensville; seven grandchildren; Brandon, Nicholas and Christian Huval; Brandy and Kylie Angelle and James C. and Hailey Huval.

She was preceded in death by her husband, Johnny A. Huval; her parents, John and Mathilda Venable and her brother, Linus Venable.

Willie was born April 15, 1942 and was a lifelong resident of Lafayette.  She served as a Reserve Police Officer for 17 years with the Lafayette Police Department where she rose to the rank of Commander.  She was the first female to receive that ranking in the state of Louisiana. As time passed, she served with the Lakeside Volunteer Fire Department in Sabine Parish.  At the time of her passing, Willie was the Fire Chief of Lakeside Wards No. 1 and 2 Fire Protection District.

To order memorial trees or send flowers to the family in memory of Wilda "Willie" Huval, please visit our flower store.