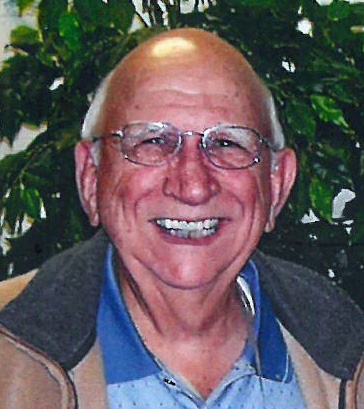 A Liturgy of the Word Catholic funeral service will be held Friday, October 18, 2019 at 2:00 pm in the Sunrise Chapel at Walters Funeral Home for William "Conley" Sibille, 82, who passed away October 13, 2019. Reverend Kyle White, associate pastor of Sacred Heart of Jesus Catholic Church in Broussard, will conduct the funeral services. Interment will be in Greenlawn Memorial Gardens.
Survivors include wife of 58 years, Karen Martin Sibille of Lafayette; three daughters, Maria (Tommy) Martin of Carencro, Elizabeth Desormeaux of Broussard, and Amy Hebert of Abbeville; one son, William "Billy" Sibille of Milton; one brother, Curtis Sibille of Tallahassee, Fla.; seven grandchildren, two step-grandchildren, and five great-grandchildren.
He was preceded in death by his parents, Esther and John B. Sibille; two brothers, John B. Sibille Jr. and Harold Dean Sibille; twin grandsons, John and Jacob Desormeaux; one daughter-in-law, Sheila Sibille; and two sons-in-law, Danny Desormeaux and Scott Mouisset.
A native of Sunset and resident of Lafayette, William was a Legislative Auditor for the state of Louisiana. He served as an usher at St. Genevieve Catholic Church, and was a member of the AGS Golf Association.
William was a veteran in the United States Air Force.
Pallbearers will be Billy Sibille, Tommy Martin, Daniel Faulk, Logan Guilbeau, Ryan Desormeaux, and Ashton Faulk. Honorary pallbearers include Mike Sibille, Danny Sibille, Fred Sibille, and Dale McClellan.
Special thanks are given to the nurses of St. Joseph's Hospice and the nurses and staff of Camelot of Broussard for their kindness and compassion shown to Conley.
The family requests that memorial contributions be made in Conley's name to the Miles Perret Center.
Visitation will be held on Friday from 10:00 am until time of service.
Words of condolence may be expressed online at www.waltersfh.com.
Walters Funeral Home- 2424 N. University Ave., Lafayette, LA 70507; 337.706.8941 is in charge of arrangements.

To order memorial trees or send flowers to the family in memory of William Sibille, please visit our flower store.