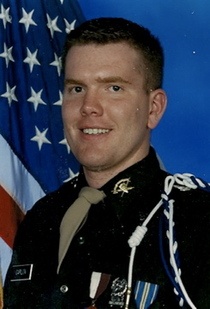 
It is with great sorrow that we acknowledge the death of William (Bill) James Carlon on July 2, 2015.  A native of Lafayette, Bill was born on October 10, 1979.  He graduated from Texas A&M with a degree in Computer Engineering and later received his MBA in business administration from the University of Louisiana at Lafayette.

He had a heart the size of Texas and as deep as the Gulf of Mexico.  He shared his compassion, intelligence and generosity through his volunteer work with Big Brothers Big Sisters of Acadiana and he really looked forward to chaperoning on the yearly Honor Flight for World War II Veterans.

A memorial service to honor the life of Bill Carlon will be held on Saturday, July 18, 2015.  The 2:00 PM service will be at Trinity Presbyterian Church, 3001 Verot School Road, Lafayette, LA.  A reception will follow in the church fellowship hall.

A memorial service will be held at Texas A&M on October 10, 2015 to celebrate Bill's deep connection to Texas A&M and his love and respect for all his fellow Aggies.

His kind soul and lovely spirit will be so missed by all.

Contributions in memory of Bill may be made to Big Brother Big Sister of Acadiana.


To order memorial trees or send flowers to the family in memory of William "Bill" Carlon, please visit our flower store.