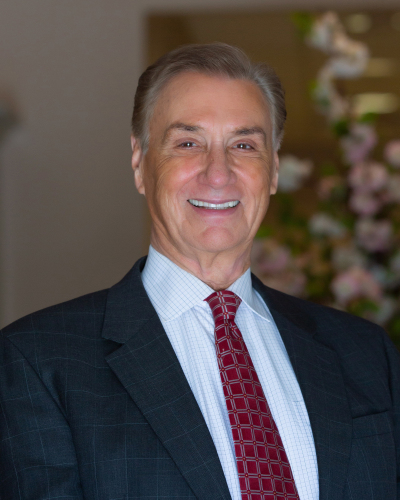 Born and reared in New Iberia, Louisiana, "Gene" Walters graduated from New Iberia Senior High School and attended the University of Southwestern Louisiana (USL). His interest in the funeral profession was piqued by a relative in the funeral industry and, after much soul searching, he decided to make a change from pre-med to funeral sciences.

Mr. Walters relocated to Houston, Texas where he attended, and later was graduated from, Commonwealth Mortuary School (Commonwealth Institute of Funeral Service). He has since returned to his prestigious alma mater as the invited keynote speaker of several graduating classes.

Following college graduation, Mr. Walters was drafted into the United States Army during his funeral apprenticeship and served in the Viet Nam Conflict as a combat field medic. He was discharged honorably as a highly decorated soldier of the 101st Airborne Division with numerous medals and citations to his credit. Upon his return, he completed his apprenticeship in the funeral business and went to work for his relative. Shortly after returning from Viet Nam, his uncle died, and he became the youngest general manager of a funeral home in Louisiana. He served in this capacity for 41 years, meticulously guiding the business to the success it heralds today.

Along the way, Mr. Walters received many awards in the industry. Most meaningful to him are the MOTS (Morticians of the Southwest Award) given in 1992 and the C.A. Charlet Funeral Director of the Year Award in 2001, both voted on by his peers for untiring dedication and the highest integrity within the funeral profession. 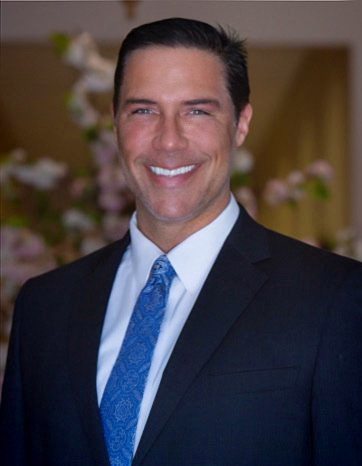 Ross Walters was born and raised in Lafayette, Louisiana. After graduating from Saint Thomas More Catholic High School, he pursued and obtained a Bachelor's Degree in Business Administration from the University of Louisiana at Lafayette.

Once he graduated from UL, Ross moved to Houston, Texas where he enrolled in Commonwealth Institute of Funeral Service. During his time there, Ross was voted President of the National Honor Society of Funeral Service by his classmates. Graduating with top honors in December 2007, he was selected by the faculty to give the commencement address to his fellow students, family, and friends at his graduation ceremony. 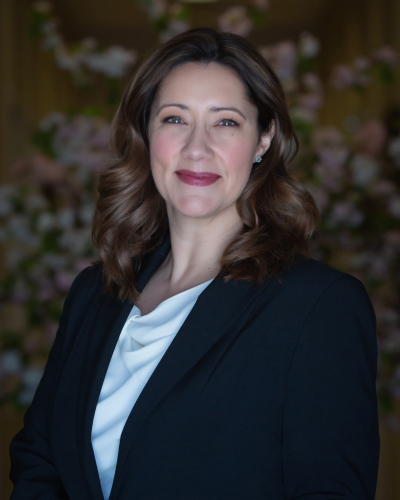 Cecile is a funeral planner who works with families to create meaningful ceremonies that encourage reflection, healing and support. She believes when a death occurs, this is no healthy way to move forward without first looking backward—and funerals give us the time and space to do just that. Her expertise in assembling various elements of a funeral service gently nudges families along in their grief journey, from facing the reality of death to recalling memories to healthy expressions of grief, ultimately leading to acceptance. Her past work experience in event planning and communications with the Houston Intown Chamber of Commerce, Right Angle Advertising, and the University of Louisiana’s sponsored program, the Manufacturing Extension Partnership of Louisiana, has given her a unique skill set for the funeral profession. She brings a fresh perspective to planning ceremonies that enhances the traditions of the past while incorporating current trends.

As a professed research and data nerd, Cecile is an unsuspecting “numbers girl”. Currently she serves as the financial officer for both Walters Funeral Home and Greenlawn Memorial Gardens, and directs their strategic planning and marketing efforts. She takes passion in growing relationships, businesses, and problem-solving. She is a licensed funeral director and preneed insurance salesperson.

Always forward-thinking and always learning, Cecile has attended numerous industry conferences including the National Funeral Directors Association conference to which she was awarded a scholarship to attend. In 2019 she attended the inaugural Green Funeral Conference in New Mexico, which aligns with her interest and passion for the environment. Her most recent project is the creation of The Gift Shop at Walters, an online and in-person boutique of curated gifts specific to those in mourning, which she founded during the early days of the Covid-19 pandemic in 2020.

Cecile holds a Bachelor’s Degree in Mass Communication from Louisiana State University. She is a member of the Louisiana Funeral Directors Association and the National Funeral Directors Association. She believes in volunteerism, and has gladly served her community through the Upper Lafayette Economic Development Foundation, the Boys & Girls Club, the United Way, Healing House: Hope for Grieving Children, St. Joseph’s Diner, and the American Cancer Society, in which she served as publicity chairman for the annual Relay for Life event for two years. She sits on the Board of Directors for Healing House, and is an active member of St. Barnabas Church, currently serving on the Vestry and as a lector. In her free time, Cecile enjoys fitness, gardening, reading, and traveling. She lives in her hometown of Lafayette with her husband, William Trotter III and two children, Daniel (15) and Olivia (12).

The Gift Shop at Walters

A year of daily grief support

Our support in your time of need does not end after the funeral services.  Enter your email below to receive a grief support message from us each day for a year.  You can unsubscribe at any time.